Action Research to find out “What Works” in Youth Job Creation? 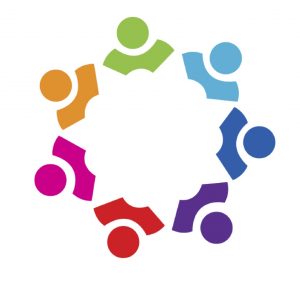 “By 2030, achieve full and productive employment and decent work for all women and men, including for young people and persons with disabilities….”        Sustainable Development Goals, Goal 8, Target 5

“Heads stressed the importance of investing in a systems approach to create meaningful employment opportunities for the Commonwealth’s growing youth populations including through skills-building, entrepreneurship, apprenticeships, and the need for better data to target interventions effectively.”

Government economists and senior policy experts at respected international institutions have, down the years, given several boiler-plate answers to DFID’s question: What Works? The most common are:

Likewise, other policy solutions – like Active Labour Market Policies (ALMPs) or the Dual System of Education operated in Germany, Austria and Switzerland – have proved to be of limited relevance and/or impossible to replicate in less-developed economies.

With only slight immodesty, NGO members of this coalition, like the Prince’s Trust, Junior Achievement, Teach a Man to Fish, Hand in Hand international, my own PCI and the others would argue that our approaches have offered proven answers to DFID’s question over many years. In a variety of Low Income Countries, our programmes have shown that a combination of effective Career Guidance, practical business Plan creation training, improved access for youth to flexible business start-up & growth loans, informed and sensitive mentorship, hands-on experiential education in enterprise creation and management… – all of these have helped young people into fulfilling jobs and more comfortable livelihoods.  But none of us have yet been able to deliver the hard evidence that economists need to invest in a scaling up of our small project-by-project achievements into nationwide policies that deliver the SDG goal of leaving no one behind. That job has to be done by governments and we have never agreed a comparative metric which would allow them to calculate which of our programmes deliver the biggest impacts at the lowest cost.

Some years ago, Dr Michael Grimm wrote an OECD  Paper: “Do we know how to create Jobs?” He conducted a Systematic Review of 2,275 studies of interventions aimed at enhancing employment opportunities and arrived, after years of work, at a short answer to his question: “No!” Like Gordon Betcherman, who created the World Bank’s Inventory of Employment interventions and all others who have studied this field, Grimm was forced to warn: “Evidence is still scarce: first and foremost, this review underlines how little we actually know about how to create jobs. This stands in sharp contrast to the high number of programmes and projects that claim to know ….”

So DFID’s question remains the critical one: we have no convincing evidence of what works at scale – and definitely not enough for any government to invest in a policy designed to deliver systemic change across whole nations to create jobs for youth. To get to that point, we need to improve our metrics, share and correlate our data so that the evidence we present to government economists is coherent and comparable. Also, we must engage all stakeholders – government, private sector, donors & investors, academics, development professionals, NGO practitioners and young people themselves – in the effort to design and deliver youth job creation policies relevant to 21st Century realities.  Only then will we be able to provide the evidence base that will offer a compelling answer to DFID’s question.

Why is this so difficult?

Before we set out our proposal for delivering on the CHOGM Mandate, it is worth reflecting on why the reasons why it has been so hard to deliver the evidence of “What Works?” to date:

UNICEF was able to grow from a $200m dollar a year organization to a Billion dollar a year organization largely through developing a comprehensive metric for measuring child poverty: the Under 5 Mortality Rate (U5MR).  If a child survives to its fifth birthday, it must be receiving adequate nutrition, health-care, maternal and family security, clothing, shelter etc.  An umbrella metric like the U5MR is what we need to grow the youth job creation field and make the compelling case we need to make to governments for increased investment in the field.

Many of us coming into the field feel that the ‘U5MR for youth job creation’ should be a Cost-per-job-created measure: the CPJC.  If a $1 million dollar programme creates 10,000 jobs and a $2m dollar one creates 5,000, the comparisons are obvious and superficially constructive.  But – a moment’s reflection would remind a policy-maker that it is very much cheaper to train and get a young person into a $5 dollar-a-day retail job than it is to train and secure him/her a $100 dollar-a-day as a doctor or lawyer. So it’s hard to imagine how the CPJC can become the Holy Grail of comparative job creation metrics that we desperately need.

In the face of such difficulties, policy makers have to recognize that the perfect is likely to be the enemy of the good and the useful. Which is why, as a first step, our Coalition advocates an Action Research programme that will measure outcomes in a small, but significant, corner of the massive field that DFID’s question opens up.

The corner we have chosen is “Job Creation through Enterprise start-ups.”  We seek to measure the impact of different initiatives designed to train + support and mentor young people who seek to start and grow their own enterprises. Clearly this is one of the most effective forms of job creation because any young woman or man can do it: indeed, according to Louise Fox’s study, 83% of young people in Sub-Saharan Africa must learn how to do this as they will earn their livings in this way.

The Coalition seeks to pilot its Systems Approach in 4 x countries. In each, there will be a focus on youth job and enterprise creation working with existing Business Development Service (BDS) providers and new initiatives launched by the National Coalitions. There are plenty to choose from: our Coalition research has identified hundreds of effective government and NGO programmes.

It was the CEO of the Youth Business Trust of Trinidad and Tobago, Shedron Collins, who inspired me to write this blog when he said that the most critical thing that he was missing is: Data! “I would like to know how graduates of my programmes stack up in comparison to those of JA or Jumpstart. And that data currently is not there.  Until governments have it at their fingertips, we cannot move forward in an informed way.” Shedron also stressed that longitudinal studies were the only way to assess program effectiveness.

And that is exactly what this Coalition is going to do.

We’ll start in 4 x Pilot Countries with a 5-year programme of Action Research.

We’ll produce a progress report for the CHOGM in Kigali in 2020,

and we’ll then roll the programme out around the world

The Coalition for Youth Employment